Increasing numbers of individuals are coming forward to file suit against the manufacturer of the drug Abilify. In their Abilify lawsuits, they allege that the prescription drug is responsible for their compulsive gambling and other dangerous, harmful behaviors. In explaining their reasoning, they contend that Otsuka Pharmaceutical and its American partner Bristol-Myers Squibb failed to warn doctors and patients of the possible side effects and complications that were known to be associated with the drug, despite having ample information and ability to do so.

Abilify (aripiprazole) an atypical antipsychotic and is primarily used in the treatment of certain mental disorders. These can include: schizophrenia, bipolar disorder, and depression.

Side effects related to these lawsuits that are associated with Abilify are numerous and include pathological gambling, compulsive eating and shopping, and dangerous sex. Research has shown that in many cases compulsive symptoms appear alongside the introduction of Abilify to a patient and relieve when the patient ends their use of the drug. The constant theme is that the drug reduces the user’s ability to refrain from or stop engaging in pleasurable behaviors to the extent that the behaviors become detrimental and harmful.

Side effects and warnings associated with Abilify have evolved over the drug’s lifetime. In 2012, additional information and international pressure led to the revision of the drug’s warning labels in Europe and Canada. Unfortunately, these increased disclosures on the warning labels were not added to labels in the United States until 2016 when the companies behind the Abilify were ordered to add them by the Food and Drug Administration (FDA).

This communication from the FDA outlined that the warning label on Abilify was to include information for doctors and patients about the potential risk of behaviors such as compulsive gambling, binge eating, hypersexuality and more. It reads:

“Although pathological gambling is listed as a reported side effect in the current aripiprazole drug labels, this description does not entirely reflect the nature of the impulse-control risk that we identified.”

Claims against the manufacturers and marketers of Abilify are arising all over the United states. Hundreds of lawsuits have been filed in Florida and additional lawsuits starting to to be filed in other areas, such as Nevada.

Do I have an Abilify Lawsuit?

If you or a loved one has taken Abilify and experienced complications related to compulsive behaviors, such as compulsive gambling, shopping, eating, and dangerous sex, you may have a potential claim. It is important to contact an attorney to discuss protecting your legal rights.

Our law firm is currently investigating claims related to injuries caused by Abilify. Please contact us as soon as possible to discuss your potential Abilify lawsuit. 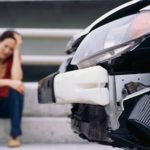 Next Ask Tom: Do you need to hire a car accident lawyer?